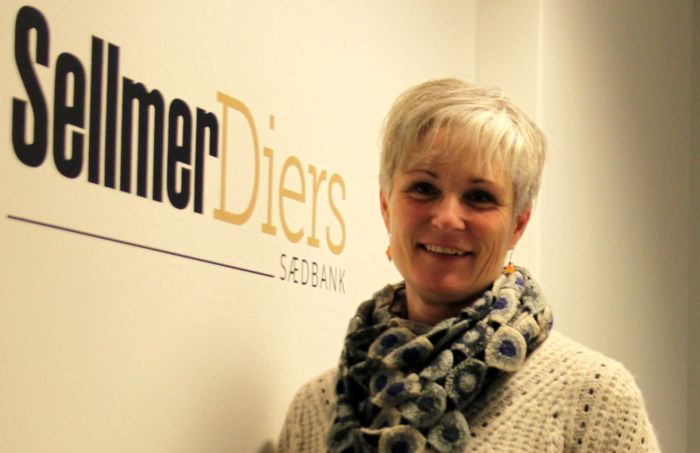 Life as a single mother

– and meeting her anonymous donor

My name is Pia and I am 47 years old. 12 Years ago I had Oliver who is a donor child as a single mom. I have a son, Mathias, from a previous marriage. When I got pregnant with Oliver, it was with the help of an anonymous donor. Despite of this, Oliver and I met Oliver’s donor in 2017.

How everything started
My ex-husband and I had Mathias in 1997 when I was 25 years old. I have always had the wish of having two children. This was however not a wish that my ex-husband and I shared as he had four children from a previous relationship. When we divorced 7-8 years later, the thought of having two children resurfaced and for three years I considered whether I should have a child alone. It is a big decision and I won’t deny that. Which is why it had to be considered really well. There was of course the question of whether I could handle it alone but I knew that it was what I had to do. So 12 years after having my first child, I had my other child, Oliver.

Sceptics and the process
During the process, I met people who were sceptical. The first person I met was my previous doctor where it was clear that she did not think it was ethically correct to have a child by yourself and she did not want to give me a reference. It is only 12 years ago and I changed doctor the day after.

I was searching for information about insemination and donor children online and then I looked for a new doctor – and luckily I found a good one. My previous doctor had started a case against me because she still believed that it was not appropriate, but it was dropped quite quickly. At my new doctor, I was inseminated five times without getting pregnant and I was close to postponing it. But the sixth time I contacted Liza (Diers) and was treated without hormones, which did the trick.

My friends and family have supported me throughout the entire process but they have also asked critical questions like “Are you sure you can handle this?”, “are you ready to start from scratch again?” and “how are you going to handle this financially?”. It was good to get these questions because I had to consider everything. But I knew that I could do it. My ex-husband travelled a lot with his job so I had been used to being alone a lot. I was never in doubt of whether to do it or not, but I could actually doubt about the timing, but not whether it was the right choice or not. And yes, I have been met by the question, “Do you think it is ethically correct to have a child as a single woman?”, and my answer is: Yes. For me it was about finding out for myself whether the need of a man was bigger than my need to have a good life and be happy with what I did.

About Mathias’s and Oliver’s relationship
Mathias thinks it was cool to get a little brother. He was 12 years old at that point. It was actually Mathias who cut Oliver’s umbilical cord. In many ways you can say I have two only children. Of course there have been times when Mathias has found Oliver irritating – as brothers often feel, but today they have a very strong bond. It probably also has to do with the fact that it has always just been us three – and then my mum who lives nearby who has helped us a lot. It has meant a lot with all the help from both family and friends.

“Why does your dad never pick you up?”
It is normal for children to ask questions and the question about why his dad never comes to pick him up is a question that Oliver has been asked by other children. When someone said “You don’t have a dad” the kindergarten teachers said “Everyone has a dad and so does Oliver.” But this is actually not true in Oliver’s case. He doesn’t have a dad, because ‘dad’ is a title you need to earn and it is a relationship more than a genetic condition. But I understood the problem in kindergarten and how it could be difficult to explain so we called Oliver’s donor ‘donor dad’.

About anonymous and open donors
When I decided to have a donor child I was sometimes asked “Why don’t you just go out one eveing and find yourself a man instead?” But I could never do that. Just because I have met the man it doesn’t mean that I know him and I would want to know that it has happened in the correct way with the right person. With a donor everything is controlled and these days it is not easy to become a donor as the donor is required to go through both interviews and tests. I chose an anonymous donor for which I have several reasons.

My considerations at the time were based on the fact that when Oliver turned 18 he could meet his donor and that this of course could be a concern and simultaneously a choice with big expectations. So I decided not to give him the choice – until it actually was possible for Oliver to meet his donor.

Getting to know Oliver’s donor
I have a childhood photo of the donor and when I showed it to my mum she said “Oh how adorable Oliver looks. But I have never seen that jersey before.” There is no doubt that I was curious, but I had and have no regrets about my choice of an anonymous donor.

Later on, I joined donor groups because I knew there was the possibility of being able to track down half siblings if Oliver felt like he wanted to one day. In the group I was asked whether I wanted to be put on a list in regards to donor siblings and I didn’t want to do this but I felt like it was comforting to know that it was there. Likewise, there was a list with the donors where you could be added if your anonymous donor chose to become an open donor. I also declined to being on this list.

In 2017 I was contacted by the administrator from one of the Facebook groups who asked me whether I was in contact with Oliver’s donor. She also wrote that she had his contact details if I ever wanted to have them. A new law had been implemented that gave donor children the possibility of getting their donors’ contact details if they wanted to. I needed to digest this information first. He didn’t know we existed. But afterwards I was curious and this was annoying because I was going against what I had been thinking this whole time. But I decided to write him and let him know that I had received his contact details and that Oliver did not know anything yet. I wanted to know what type of person he was. He was sweet and sent photos of himself and his children and after a few months I felt like I had gotten a good impression of him so I told Oliver that he could meet his donor. Oliver was ten years old.

I asked him “Do you remember that you have seen a childhood photo of your donor? Now you can also see him in real life.” I could see that Oliver was considering what this meant but he ended up saying that he didn’t want to. And that was completely fine – it should be for his sake and not mine.

When a month had passed, he brought up the donor again. Oliver has three freckles on his ear that I don’t have and he pointed at them and said “I would like to know if my donor also has three freckles here. And I would also like to know if he does any sport.” Oliver is a gymnast and I told him that we could ask him about it – so we did. He didn’t have the freckles and he did not do any sport in a serious way so Oliver’s instinctive answer was “Well, then I got it from you, Mum.”

After corresponding with him for some time, Oliver wanted to meet him. I chose to meet somewhere neutral. We talked to him and it went well and Oliver even got some souvenirs to take home with him. When we got back we spoke about him and Oliver said “He looked like Father Christmas.” And he did in many ways because he has a big beard. After the meeting we have corresponded with him but we have not seen him since that day. For Oliver, it was enough to hear and see him and I don’t think the need for it would have been there if the possibility had not been there.

For me, nothing has changed after meeting Oliver’s donor. I of course considered whether I forced him into something at the time but I felt like he deserved to know. Another thing I considered was how he would react later in life, if he found out that I had that information. But these days he very rarely asks about it but he knows that the possibility is there.